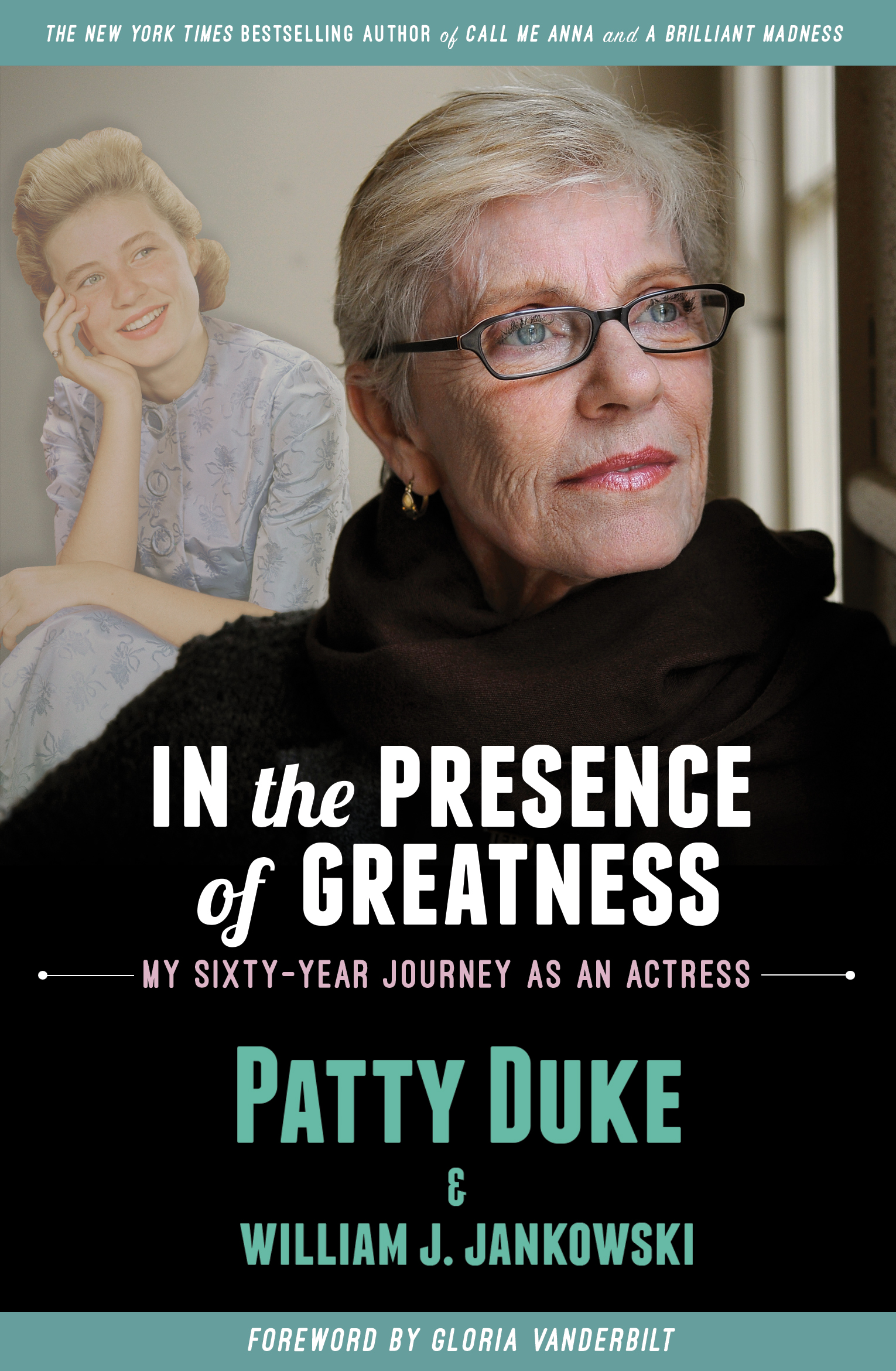 In late 2013, William J. Jankowski approached his friend, Oscar-winning legend Patty Duke, about writing a book together about her career. He told her that some of the captivating stories she had been telling him for nearly twenty years should be written down and preserved. Anna, as Ms. Duke preferred to be called, loved the idea of her stories, and the people in them, living on through her words.

It was decided that each chapter would either be about a famous person Anna knew or worked with, or a film/television title in which she was involved. The following year Anna and Bill began work on what was to become IN THE PRESENCE OF GREATNESS: MY SIXTY-YEAR JOURNEY AS AN ACTRESS.

As the reader, you will follow Anna on her journey that began when she was a child star in the late 1950s until she was a mature award-winning actress in her late 60s. Along the way you will meet the likes of Anne Bancroft, Frank Sinatra, Sharon Tate, Helen Keller, President Kennedy, Lucille Ball, Helen Hayes, Fred Astaire, and many more.

Nearly two years after Anna passed away, her final words are finally reaching the public she adored. Put your feet up, pour a glass of wine, and enjoy these stories from a woman who led one of the most fascinating lives of the twentieth century.